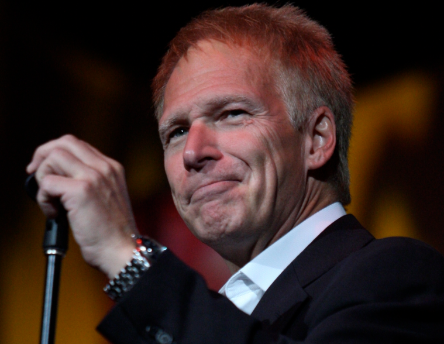 Scotts Harris’s quick wit, glib manor, and slick improvisational skills are as legendary as his connection to his audience, and after eighteen years on stage, that is a connection this talented stand-up intends to keep. Always a crowd favorite, Scott Harris is recognized for his remarkable ability to connect with audiences. Once that connection is made, he quickly takes them to new heights of hilarity! From sharp political satire, to whimsical, observational, nonsense, Scott could be reporting the precarious state of world affairs one minute, and fashion do’s and don’ts the next.

A regular over the past few years at the Montreal Comedy Festival “Just For Laughs” Scott Harris was nominated for “Best Standup Comedian” at the Canadian Comedy Awards and headlined the very first “Whistler Comedy Festival” in B.C

When not headlining his own shows Scott can be seen sharing the stage with such stars as Russell Peters, Tom Jones, Bruce Willis, Howie Mandel and Tommy Chong.

Scott Harris has worked in all of the entertainment mediums. He has written and performed in television commercials, acted in films and spent fifteen years as a radio broadcaster. For ten of those years (1977-1987), he held down the 6:00 p.m. to 9:00 p.m. slot on Hamilton, Ontario’s Top 40 rock station CKOC. While there, Scott Harris released three successful comedy albums… Rapper’s Delight, Beach Bum and Low Budget Breakdance.

“Everything went awesome. The president, vice-president as well as myself have received amazing feedback from the attendees. Scott was easily the highlight of the evening. I will definitely be in touch for next year. Please do thank Scott again his professionalism, his services and most of all attending!” – Canadian Professional Sales Association

“I just wanted to let you know that we have never heard so many positive remarks about an entertainer for our annual service award dinner and it was our sixth. Scott was awesome, everyone enjoyed their evening. What a great professional! – Saint John Energy

“Scott’s performance was great. Here are some of the comments the committee received about Scott’s act. Everybody loved him.

He was the best ever and played the audience well.” – Burlington Rotary Club ‘ Grubs & Giggles Dinner

“When Scott was finished his set, there wasn’t a dry eye in the audience. I literally saw people falling out of their seats they were laughing so hard. Although the next comedian was booked as the headliner and highlight of the evening, everyone was talking about Scott the next day.” – Wyebridge Firefighter’s Association