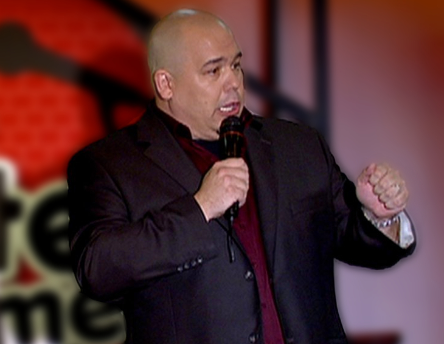 Jason Blanchard is an ex-soldier, ex-husband and ex-tremely funny. After growing up in a typical small town, this friendly and energetic comedian has matured into a versatile headlining comedic entertainer who has toured all over the world.

Jason has the ability to be corporate clean or cunningly crude, adapting to any venue: Comedy clubs, corporate events, College & Universities, Festivals, Fundraisers, Cruise Ships and Military Bases in Canada & Afghanistan. Jason was honoured to be chosen to be part of the first ever Canadian International Comedy Festival in 2012 as well as Just For Laughs 42 in Toronto. He has been heard on XM Satellite Radio and was the host, producer & creator of Jason Blanchard Presents Next to the Mic and the Canadian Comedy Award nominated stand-up comedy contest Stand Up & BITE Me & on BITE TV.