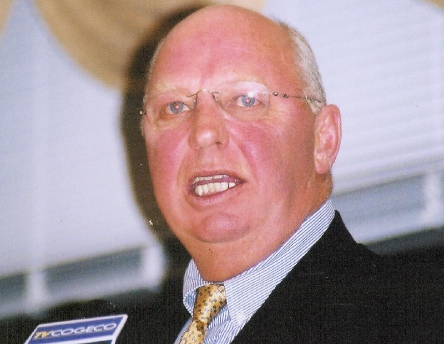 Dennis Hull will readily admit to not being anything other than Bobby Hull’s brother, as long as you add that he’s the younger brother. A fourteen-year veteran of the National Hockey League―known for his powerful shot and his six selections to the All-Star Game―Dennis shares a wealth of anecdotes and stories from his many experiences on and off the ice.

Dennis spent 13 seasons with the Chicago Black Hawks and one with the Detroit Red Wings. He played in over 1,000 games during his NHL career, amassing 303 goals and 351 assists in the regular season, and scoring 33 goals and the same number of assists in 95 playoff games.

As a writer, Dennis is the author of The Third Best Hull, a light-hearted biography that outlines his life in hockey with humorous anecdotes, insights, and stories.