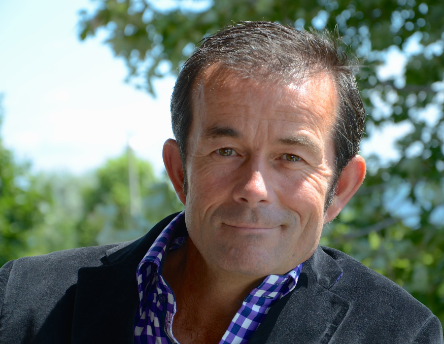 David Merry has been Canada’s premiere comic magician and has travelled the globe making people laugh for the last thirty years. He has a Lifetime Achievement Award from the Canadian Comedy Magic Seminar, has been nominated at the Canadian Comedy Awards for “Best One Man Show” and “Best Variety Act.” He was the host of Global TV’s hit sports trivia show “GAME ON” and “GET A GRIP ON GOLF” and currently is a cast member of Super Channel’s hilarious “TOO MUCH INFORMATION”

He regularly performs in Las Vegas at the MGM Hotel and Casino, in Atlantic City at the Tropicana and has performed on 50 of the world’s best cruise ships. David has been opening act for Jerry Seinfeld, Howie Mandel, Steven Wright, Neil Sedaka, Kris Kistofferson, Engelbert Humperdinck, Weird Al, The Smothers Brothers, The Beach Boys and was a joke writer for Rodney Dangerfield, Joan Rivers and Jay Leno.

He is a United States patent holder and lectures, performs, invents and sells magical apparatus to magicians all over the world. He played on a professional blackjack team in Las Vegas in 1980-81, has written has a book on roulette called RE-INVENTING THE WHEEL and currently plays poker semi-professionally, having played in the World Series of Poker three times. After attending Q school he became a golf professional and played in events on the Canadian Tour and North Atlantic Tour in 1997.

“AN EVENING AT THE IMPROV” * “TOM GREEN SHOW”

Opening Act In Concert For: